Bail Bonds Explained: When They Were Created & How They Work 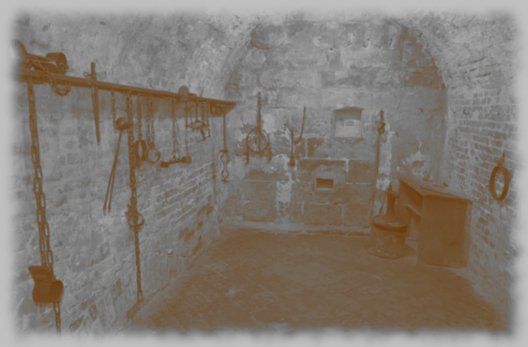 The idea of a "bail bond" has been around for a very long time. The notion of "bail" has been around even longer. In order to fully understand the difference between the two and how a bond works in correlation to bail, here's a very brief history lesson on when bail was created and how it changed along the way.

​When our ancestors in England were charged with a crime, the punishment was most likely torture, death, or spending many years in jail (dungeon). Therefore, most people who were released beforehand didn't show up. Can you blame them? Who was jailed and who was released was ultimately left up to the Sherriff. At the time of high corruption and political gain, Sherriff's proved to be a poor choice when bestowing judicial power to someone.

​The idea of bail came to fruition due to overpopulation of jails and the known problem of Sherriff's being too deliberate with their releasing of inmates. In 1275, Parliament passed a very basic law stating which crimes were bail-able offenses, and which were not. It was at this time that someone could pay money and be released on "bail."

​Paying money to the jail or Sherriff was collateral and an insurance that the person would show up for their court date or trial. Once the hearing or trial was over, the defendant got their money back, regardless of the verdict.

​While the Bail Reform Act of 1966 introduced personal recognizance or signature bonds, the Bail Reform Act of 1984 drew out specific guidelines that a judge could use when determining if a person was eligible for this type of bond. It was at this time that the bail bondsman profession was created. In essence, a bond is an alternative to paying the full amount of bail. It is a legal document promising a person's appearance in court. The most recent Reform Act of 1984 states the guidelines of whether bail should be set, at what amount, and if it should be denied.

When Bail Was Created, So Was the Bonding Industry

​In the Dallas/Fort Worth metropolitan area, the two smallest counties tend to have more of the percentage of the population in jail. According to this Denton County bonding company transcript, the jail only holds a couple thousand people at one time. The jail is considered small by Texas standards, but you have to think about how many people actually live in Denton County, Texas...not too many.

​Due to overpopulation, the State of Texas has increased the maximum percentage that a bonding company can charge any one individual. 20% is high, but it is for a reason. The Texas court system views a bail bond as a way for a defendant to secure legal counsel and gather evidence to fight their legal battle ahead of them. Furthermore, it helps to thin out the jail population a bit.

Bail Bonds Explained: How They Work

When a person gets arrested, they will most likely be taken to jail. In Texas, the majority of counties deal with serious crimes, not traffic tickets, and therefore are privileged in a way of speaking, in respect to lawfully detaining someone who is merely "accused" of a crime. Anyone with a history in the criminal justice field knows that most people charged with a crime are guilty. There are a few who are wrongfully accused, but it is a very small percentage.

​After a person gets to jail, they will be formally booked. During the booking process, the jailers will fingerprint the inmate and conduct a brief medical history interview. They will be fitted with standard jail attire (jumpsuit and flip-flops) and will have their basic needs met. They will also have the opportunity to see a nurse or other medical professional. In Rockwall County, the smallest of the county jails in the Dallas/Fort Worth area, the environment is a little less stressful. While other jails have several inmates in and out of there at one time, there are only a few at any given time at this particular jail. A recent publication by a Rockwall County bonding company stated that when their client got out of jail, they were no worse-for-wear. They explained that their jail experience was similar to having to wait around at the Department of Transportation. They just sat there and waited for someone to bail them out, while watching television and taking naps (frequently).

Hiring a bail bonds company is actually very easy. All you have to do is call one and ask what their qualifications are. There's an age minimum and you'll have to provide proof of residency and proof of income. That's about it. There's no hard hits on your credit, but you will need to come up with some cash before you go in to their office.